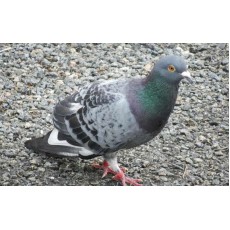 Prepared by : University of Veterinary Medicine and Pharmacy, Komenského 73, 041 81 Košice

The racing season is considered a critical period for racing pigeons due to the susceptibility to stress and weakening of the birds. One of the ways how to support their health and avoid problems involves supplementation of mineral-vitamin preparations based on selenium and vitamin E, which act as important antioxidants and protect cells against damage. This study investigated the influence of peroral supplementation of selenium at a dose of 0.3 mg Se.kg–1 feed dry matter (DM) in the form of Na2SeO3 and vitamin E 300 mg.ml–1 added to water at a rate of 4 ml.l–1 during 60 days.

The supplemented group comprised 14 pigeons and their results were compared with a control group of 14 pigeons fed non-supplemented commercial feed. Blood samples were collected and examined at the beginning of the supplementation period, one day before a 300 km race and after the race. Pigeons from the supplemented group exhibited increased plasma levels of Se and vitamin E, as well as the activity of glutathione peroxidase (GSH-Px) before and after the 300 km race in comparison with the controls. Comparison of the activity of the enzymes: alanine aminotransferase (ALT), aspartate aminotransferase (ASP), alkaline phosphatase (ALP), and creatinine kinase (CK) at the beginning of the supplementation and one day before the race showed no changes. A significant (P < 0.05) increase in the activity of all investigated enzymes were observed after the race in both groups.

Pigeons belong among the first animals to be domesticated and are strongly attached to the place where they live. Since the oldest times, pigeons attracted the interest of people by their unbelievable sense of spatial orientation, flying capabilities, monogamous behaviour and bond to their habitat. For many people pigeon keeping became a passion, a hobby and meaningful passing of free time [3]. By successfully returning from the race in a winning position, the pigeons demonstrate favourable factors, such as their inherent qualities, health state, stress related to transport and hygiene conditions in their breeding environment. Shortened flying times at competitions and more races per season indicate the higher performance of these birds which is reflected in their health and short periods of regeneration.

The increasing stress is associated with weakened immunity, higher susceptibility to diseases and the absence of their expected performance [4].

Today it is not possible to rely on the quality of pigeons, their health and “functioning” of their inherent traits. Bringing them into form at the right time and appropriate knowledge of metabolic and antioxidative processes which take place in their bodies while exposed to extreme demands help the breeders to select suitable individuals which can be subjected to intensive training and perform to expectations [9].

The aim of this study was to investigate the influence of peroral supplementation of Se and vitamin E (vit E) on racing pigeons during a 300 km race with respect to serum concentrations of Se, vitamin E and activity of glutathione peroxidase (GSH-Px), alanine aminotransferase (ALT), aspartate aminotransferase (ASP), alkaline phosphatase (ALP), and creatinine kinase (CK) in the blood.

Breeding establishment and training of pigeons

The pigeons were kept in a wooden pigeon house of the garden type with dimensions of 7.5 m × 2.5 m × 2 m, intended for housing 60 racing pigeons (Columba livia), divided by wirework into two sections, for pigeons and doves. In each section there were 16 boxes, each with sliding floor grill, and a drinker and a feeder. During the racing season (May – July), the pigeons took part in 19 races, ranging according to the racing distance from less demanding (120 km) to very demanding (1400 km).

Feeding and selection of pigeons

During the racing season the pigeons were fed a commercial mixed feed intended for racing birds in the amount of 20 g/head, in the morning and in the evening. After returning from races they were given post-racing mixed feed (Tab. 1) at a dose of 35 g/head together with glucose and electrolyte (Dacovit Dextrose 600, Merca Systems, UK) added to water at a dose of 10 g.l–1. On the following day, after the morning training, the feed was supplemented with pro-biotic (Propigeonv plv. 1000, Inproco) at a dose of 0.5 g/head for 3 days.

Sixty days before the planned 300 km race, we randomly selected 14 pigeons (7 males and 7 females, 2—4 years old) which were placed in a separate section of the pigeon house and received feed supplemented with 0.3 mg Na2SeO3.kg–1 feed dry matter (DM) and Hydrovit E forte 300 mg.ml–1 (PharmaGal, SR) in water at a dose of 4 ml.l–1.

A group of similar composition (7 males and 7 females, 2—4 years old) was randomly formed from non-supplemented pigeons and served as a control.

Sampling and analysis of samples

Before the onset of the supplementation, one day before the race and after the return of the pigeons from the race, 3 ml of blood was withdrawn from the vena femoralis of the birds from the experimental group (supplemented with sodium selenite and vitamin E) and from the control group.

All samples were stored at –54 °C up until the analysis. The concentration of Se in the blood plasma was determined using a fluorometric method of R o d r i g u e z et al. [10]. The activity of GSH-Px in the blood was determined by means of a Glutathione peroxidase assay kit (Randox-Ransel, UK) according to P a g l i a and V a l e n t i n e [7]. The samples of mixed feed before and after addition of 0.3 mg Na2SeO3.kg–1 feed DM were subjected to wet mineralization in a microwave module LS 1200 (Milestone, USA) and analysed for the content of Se by an atomic absorption spectrometer Zeman 4100 (Perkin Elmer, USA), using procedure according to P e c h o v á et al. [8]. The vitamin E (α-tocopherol) in the blood plasma was determined by a HPLC method [6].

Homogenized samples of mixed feed were subjected to saponification and extraction and analysed for the content of α-tocopherol by HPLC method according to ES No. 152/2009 [5]. The determinations of the enzymatic activities of ALT, AST, ALP and CK were carried out by diagnostic test kits BIO-LA-TEST (Erba Lachema, Brno, CR).

The values of Se and α-tocopherol, as well as enzymatic activities of GSH-Px, ALT, AST, ALP and CK were processed statistically by a non-paired T-test by comparing the results from the supplemented group with those from the control. The values measured in each group after individual samplings were compared by post Tukey test using P < 0.05 as the level of significance. The results are presented as the means (M) ± standard deviation (SD).

All tissues possess an antioxidant system which protects them against damage to biologically important molecules by free radicals and eliminates hydrogen peroxide. Antioxidants are involved in these processes as they are able to deactivate the charged particles of free radicals and to eliminate them before they initiate further chain destruction.

Selenium compounds and vitamin E belong among the most effective antioxidants, however, they are frequently deficient in commercially mixed feeds [13].

Selenium, primarily known for its antioxidant, anti-inflammatory and antiviral properties, is an essential trace mineral for normal growth and development of livestock and humans. Selenium exerts its biological functions as a component of at least three groups of proteins: glutathione peroxidase that is responsible for the reduction of hydroperoxides in cells, plasma and gastrointestinal tract; the iodothyronine deiodinases, responsible for the peripheral deiodinates of thyroxin (T3) to 3,5,3’ triiodothyronine (T2) and other metabolites; and thioredoxin reductases, which are involved in many cell functions, including the control of apoptosis and maintenance of the cellular redox state [11].

Vitamin E, as an antioxidant with a lipophilic structure, accumulates in extra- and intra-cellular cell membranes, chylomicrons, adipose tissue and the liver, where it removes free radicals produced in the lipid peroxidation reaction and thus protects membrane-bound polyenic acids against peroxidation [1, 2].

Table 2 presents a comparison of plasma levels of Se and vitamin E in supplemented and control groups of pigeons.

At the beginning of supplementation period, no differences were observed in the investigated parameters. Increased plasma levels of Se and vitamin E were recorded in supplemented pigeons one day before the race as well as after return from the race in comparison with control birds.

Table 2. Comparison of plasma concentration of Se and vitamin E in pigeons

S c h o o n h e e r et al. [12] reported increased number of hydroxide radicals during 2 hour flight simulation in carrier pigeons. The authors also observed more rapid degradation of these radicals, as well as increased activity of GSH-Px in the group of pigeons supplemented with 195 μg Se.kg–1 feed, compared to pigeons supplied a common mixed feed (30 μg Se.kg–1 feed). Our study confirmed an increased activity of GSH-Px in the supplemented group of pigeons before the race, as well as after their return from the race in comparison with control birds.

Table 3 presents the activity of the investigated enzymes during the period of SE and vitamin E supplementation. No significant differences in the activity of ALT, ASP, ALT and CK between experimental and control groups were observed at the onset of supplementation or one day before the race. An increased activity (P < 0.05) of all investigated enzymes was observed after the race in both groups.

Peroral supplementation of Se and vitamin E resulted in higher levels of these antioxidants in the plasma as well as in increased activity of GSH-Px one day before the race and after the race in comparison with the control. The increased activity of GSH-Px can be explained by the physical muscle activity and the elimination of free radicals. After the race, pigeons from both groups exhibited decreased concentrations of α-tocopherol, probably due to its increased consumption related to physical exertion. The mineral-vitamin supplementation was not reflected in the biochemical enzymatic parameters of ALP, AST, ALT and CK, the activity of which is associated with physical load. The supplementation of preparations based on Se and vitamin E can provide effective antioxidant protection and thus contribute to better performance and rapid recovery of individual birds following their flying efforts.

5. Commission Regulation (EC) No. 152/2009 of 27 January 2009 describes the methods of sampling and analysis for the official control of feed [online]. Available on internet: http://

Section I — Pre-clinical, held at the University of Veterinary

Products related to this article 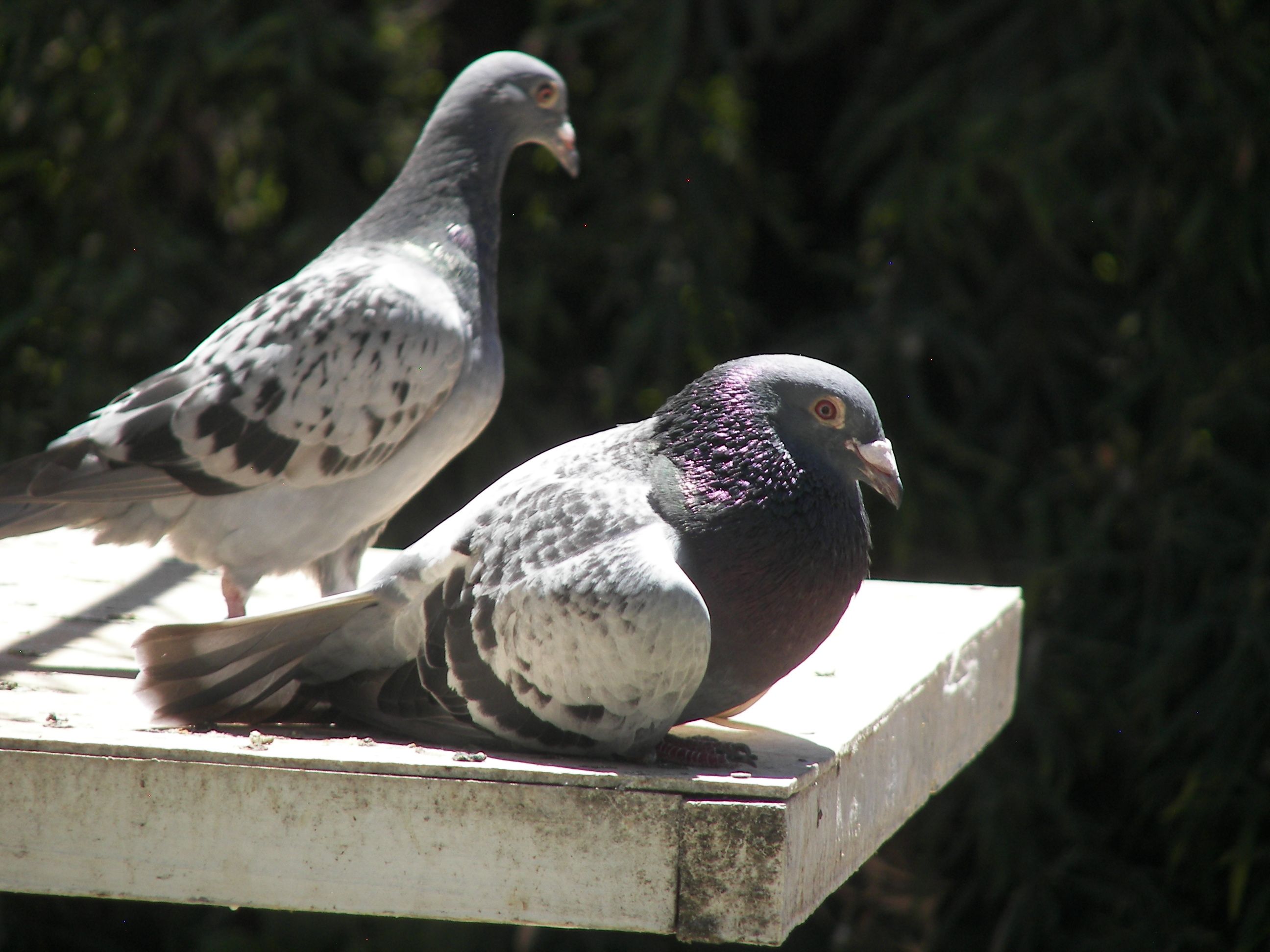 Glutathione (GSH) is a small molecule found in almost every cell.  It cannot enter most cells directly and therefore must be made inside the cell, from its three constituent Amino Acids: Glycine, Glutamate and Cysteine.  The rate at which Glutathione  can be made depends on the availability of cysteine, which is relatively scarce in foods.  Furthermore, the cysteine molecule has a sulphur-containing portion which gives the whole Glutathione  molecules its “biochemical activity” e.g. its ability to carry out the following vitally important functions:Firstly, Glut..
0 comments on this article - view comments
Read More